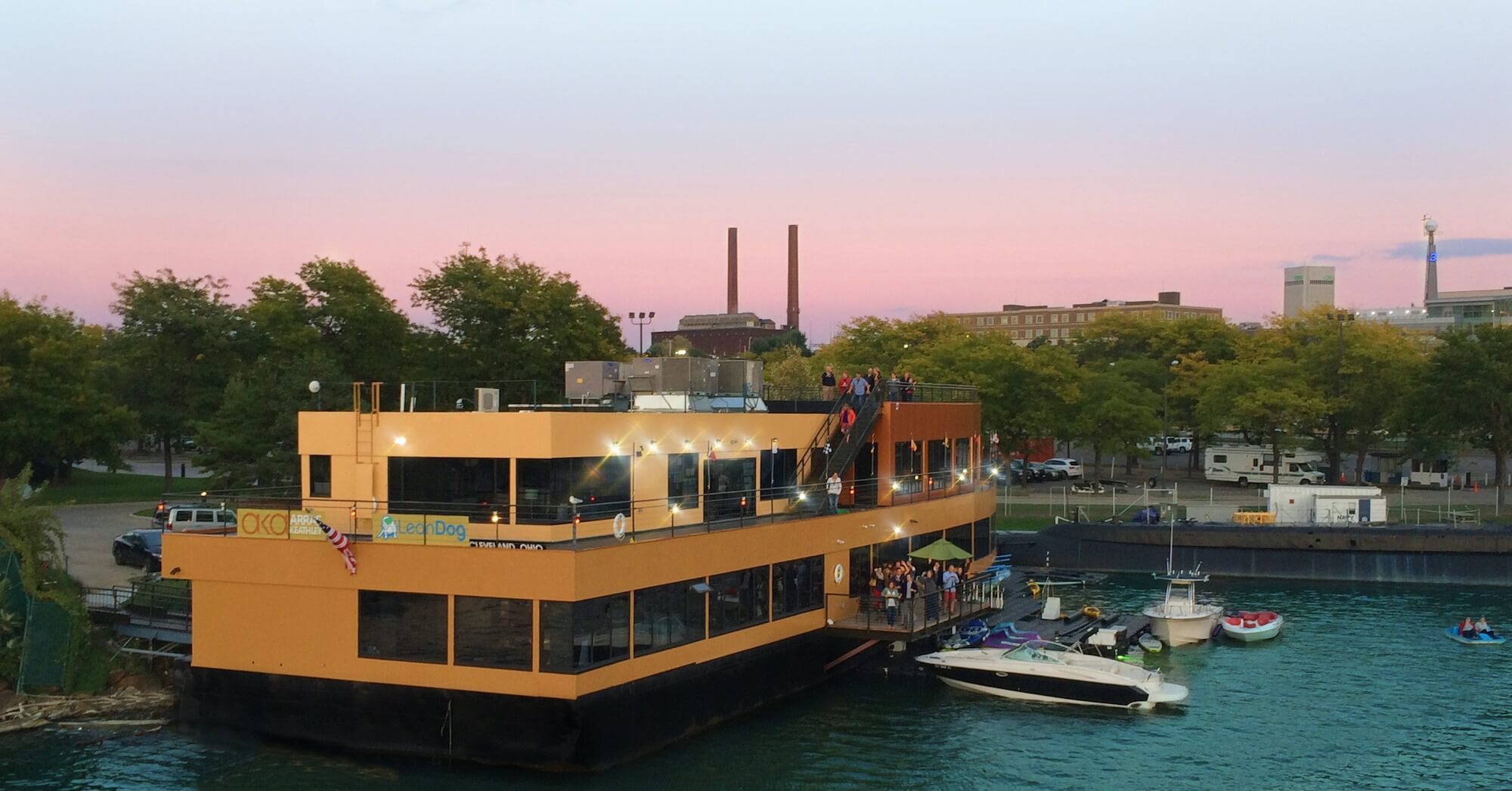 Our Office & Your Next Event Venue

Did we mention it's a boat?

Why not a boat? At LeanDog, we champion the unconventional. We believe organizations must ride against the tide to create meaningful change.

When it came time for LeanDog to drop anchor, we chose a space that reflected our propensity to think outside of the box. The location attracts the type of talent and clients that we want to work with; those that dislike predictability and are open to new possibilities.

We’re also inspired by the water. It’s always in motion; a visual representation of flow. Just like each business we work with—the only constant is change itself.

Barge 225 represents who we are and what we stand for as agile practitioners, coaches, teachers, and consultants.

“We transform company cultures and design innovative products. We teach our customers to open their minds to the possibilities and aim high. That is why we're on a boat. As soon as you step on board, you realize how different we are.”

Originally a charter ship called the Kearsarge, Barge 225 took to water in 1892, more than 20 years before the Titanic. For years it operated as a carrier between Minnesota, Detroit, and Cleveland.

In the late 1980’s, Barge 225 gave up its life of sailing and was docked in Lake Erie along Cleveland’s north shore. It was converted into a waterfront dining experience for Clevelanders wanting to enjoy an evening on the water.

In 2010, Jim Hickey and Jon Stahl formed No. 225 LLC and purchased the boat, launching a $1.5 million-dollar-renovation. Two years later, LeanDog made its home this historic vessel on Cleveland’s lakefront.

Today, the boat has wide-open workspaces, a golf simulator, virtual reality and augmented reality games, a fridge full of free local beer, and free-roaming canines, including Jon’s own bulldogs.

As our office space, it is a constant reminder to our team of what’s possible. If you can embrace a company who works on a lake, you too might be bold and unafraid to challenge the norm. 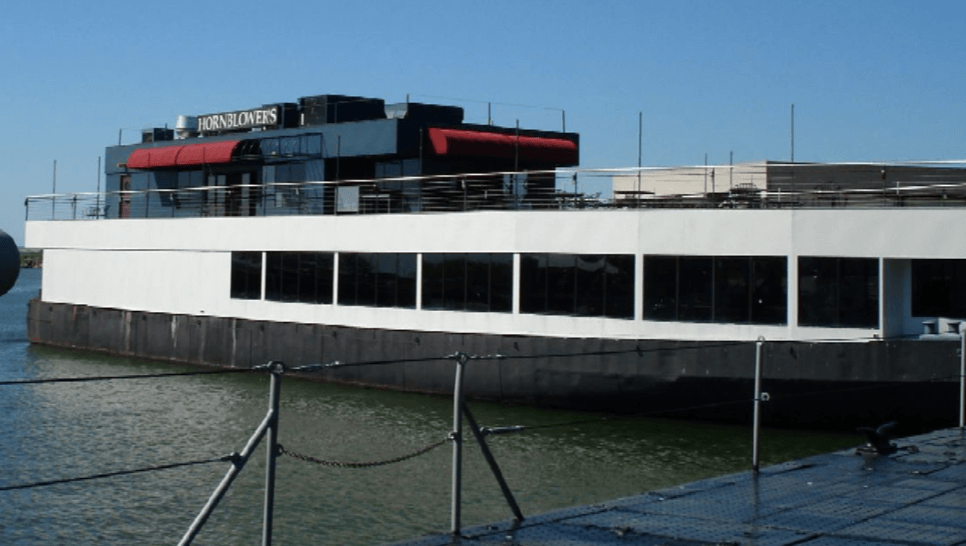 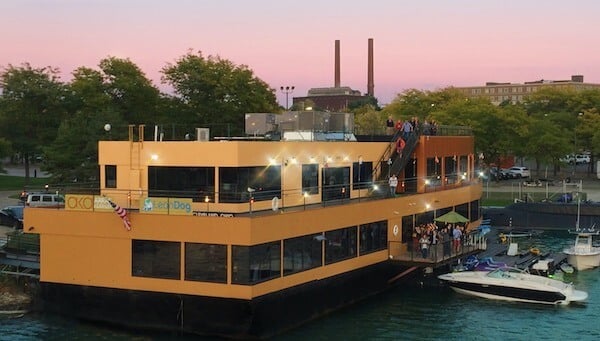 The vessel is docked on Lake Erie between the Rock and Roll Hall of Fame and Burke Lakefront Airport.

During LeanDog’s off-hours, the boat is transformed into a one-of-a-kind floating venue for fellow techies in the Cleveland community.

About our floating venue.

Between its rich history and breathtaking views, we can’t imagine keeping the boat all to ourselves. During LeanDog’s off-hours, the boat is transformed into a one-of-a-kind floating venue for fellow techies in the Cleveland community.

While the LeanDog boat is home to many Northeast Ohio technology meetups and events, you don’t need to be a member of the tech community to enjoy the boat. We’re happy to accommodate parties for the local business and tech community.

Barge 225 features an open floor plan and panoramic views of Lake Erie and the downtown Cleveland skyline. Whether you’re looking for some weekend entertainment or want to impress your guests with its stunning, waterfront views, Barge 225 has something to offer everyone.

Stay up to date on Barge 225 events, and subscribe to our newsletter today.

Want to host your next event on the boat?

The LeanDog boat accommodates groups of 50 to 350. Regardless of the event size, you get additional access to the 1,500 sq. ft. second-floor deck. 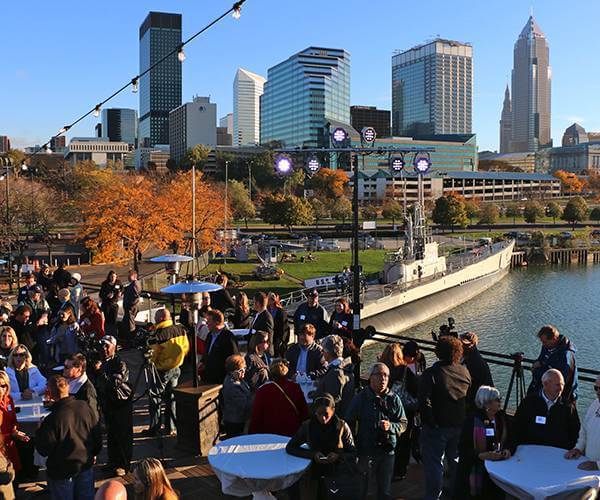 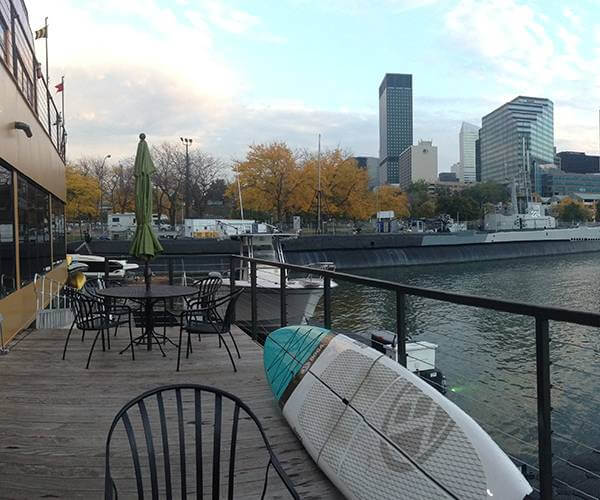 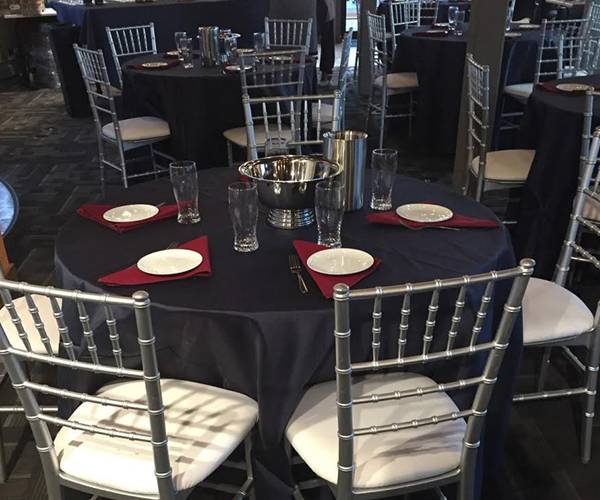 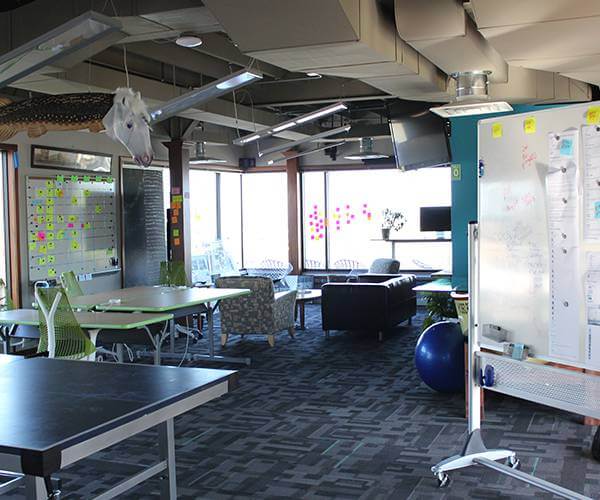 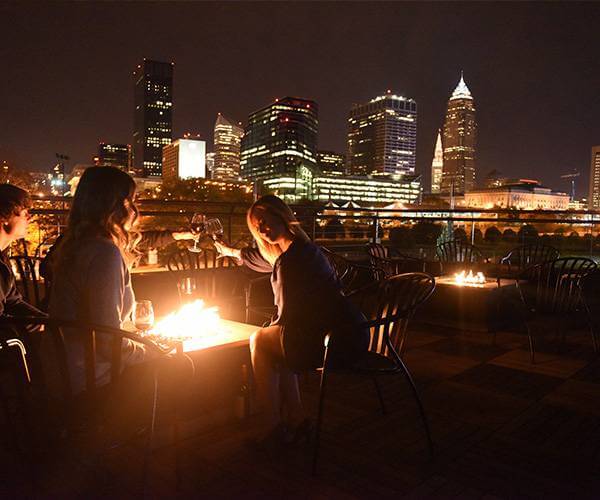 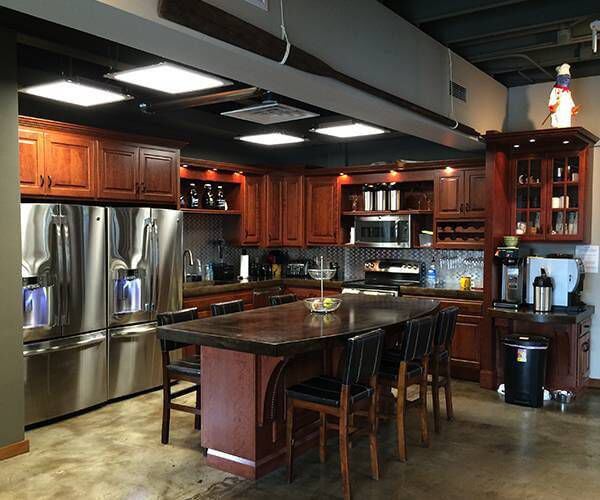 Talk to an agile expert or schedule your next Cleveland event.